Become An Author This Year 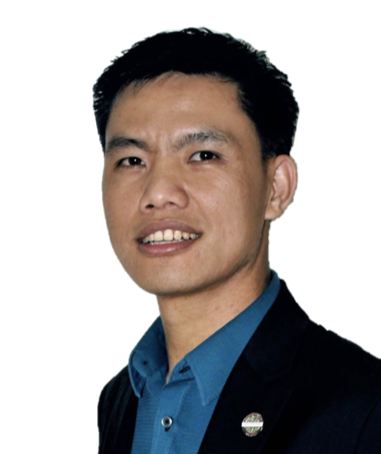 Chris Dao-anis, CPA, DTM is an author of five books including SPEAK: How to Craft and Deliver a Speech or Presentation with Competence and Confidence. He is also a professional speaker, leadership trainer, book coach, speech coach, and a former newspaper columnist.

As an active member of Toastmasters International since 2010, he represented his division at the District (National) Speech Contest twice. In 2016, he ranked Top 3 in the District 75 International Speech Contest. In 2017, he was awarded the certificate Distinguished Toastmaster (DTM), the highest norm granted to members across the globe. In 2018, he received the Certificate of Proficiency in Persuasive Influence Path. He has been serving in several leadership roles including being a division director.

He has been a speaker and trainer to students, teachers, social workers, entrepreneurs, employees, community leaders and members, priests, pastors, and men-in-uniform. With the Institute for Integrality, he helped hundreds of out-school-youth become job-ready through the Jobstart Life Skills Training Program of DOLE as it was being rolled out in Luzon, Visayas, and Mindanao in 2015 through 2018. He regularly conducts public speaking workshops to the public and has spoken on stages where celebrity speakers like Anthony Pangilinan and Miriam Quiambao-Roberto have also spoken.

He continues to develop himself by being a student to high performance coach Brendon Burchard, world champion speakers Darren Tay and Darren LaCroix, and many other global influencers like Tony Robbins and Dean Graziosi. In January 2019, he graduated at the School of Leadership of the Light of Jesus Family founded by Bo Sanchez. He is also one of the ministry heads at the Feast North Luzon - Baguio.

As a speech coach, Chris is part of a team that has been coaching a panel of scientist-researchers in their presentations for a national conference. They were contracted in 2020 and this year 2021. As a book coach, he has helped eight new authors write and publish their books in the past 12 months.